The Project Discovery of Alexandria Advisory Board (PDAAB) has a rich history. Many people have contributed to the success of the organization. This page is designed to acknowledge some of those contributors. The comments that follow are not intended to be exhaustive, but include some of the highlights for past leaders of PDAAB.

Although the account that follows addresses some events from 2012, the foundation that was established prior to that time has not been forgotten.  Members are encouraged to share their experiences.

Many of the past leaders of PDAAB are “unsung leaders”. The paragraphs that follow acknowledge some of the efforts of their leadership, commitment to PDAAB and the City of Alexandria.

Mr. Ronald Frazier (Ron), Former Director of Project Discovery.  Under the leadership of Ron Frazier, Project Discovery Alexandria became an integral part of the community while providing workshops, university tours and additional activities for the students at T.C. Williams High School.  Through Ron’s efforts, PDAAB was consistently recognized by the State of Virginia as a role model for similar organizations. Nathaniel Sligh was one of the staff members in the Youth Services Department.

Ms. Cherie M. Brown (Cherie), Past Chair. Cherie became chair after Glenn and Lou’s term. Cherie worked consistently and diligently to assist with fundraising, community engagement and event planning. She made it easy to plan, organize and work with the PDAAB. Under her leadership, PDAAB participated in walkathons, legacy fundraising events, surveys and a retreat that informed future activities. 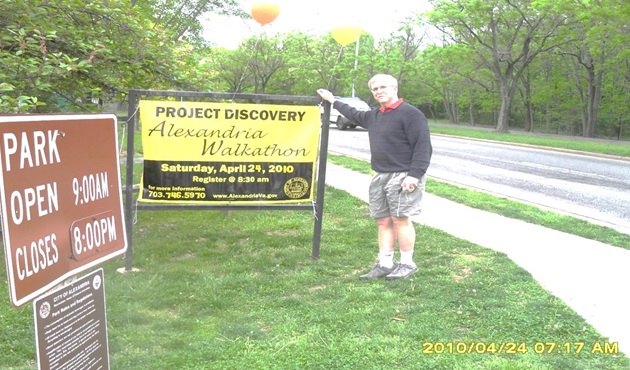 Mr. Glenn Gamber (Glenn), Past Chair, Ms. Lougenia Williams (Lou), Past Vice Chair. Mr. Gamber and Ms. Williams were the leaders in 2012. They did an outstanding job of keeping projects and programs on the front-burner. We can never forget the sacrifices that Glenn and Lou made for the students at T.C. Williams High School. Lou continues to work with the organization on various committees. She is always ready to assist in any area that she can.

Ms. Sheree Monroe Pendleton (Sheree), Past Vice President. Sheree served as Vice President after Lou. Sheree has been one of the largest donors to Project Discovery Alexandria.

Mrs. Lougenia Williams (Lou), Past Vice Chair. Lou is one of the longest serving member of the PDAAB and she actively participates in the activities of the PDAAB.

Ms. Cassandra Chess (Cassandra), Walkathon Chair.  The Walkathon is one of the most successful fundraisers for PDAAB.  This event included honorary chairs, refreshments, community leaders, students, giveaways and brief announcements.  We always had fun with the Zumba activity. Cassandra was also responsible for providing one of our best guest speakers for a Legacy Fundraising Event, Mr. Arnold L. Harvey, author of “Every Decision Matters”.

A special thank you to Ms. Shawna Gary for her awesome work with PDAAB as the primary social media specialist for FaceBook and other mediums for several years. She laid the foundation for the current social media engagements.

Our “Living Legend” Ms. Lillian Patterson also worked with the Scholarship Committee until her resignation in October 2018.

Over the years PDAAB has sponsored two major fundraisers, the Walkathon in the spring and the Legacy Fundraiser in the fall.

Walkathons have served as one of the largest fundraisers for the organization. Participants have included community leaders and members, Mayors, City Council members and entrepreneurs in the City of Alexandria.

Dr. Mohamed Mustafa and Mrs. Lougenia Williams served faithfully for over 20 years by supporting the community and all of the initiatives of PDAAB.

The former Mayor of Alexandria, Virginia, The Honorable Bill Euille is photographed supporting the efforts of Project Discovery Alexandria.

Dr. Iburia Hall-Haynes (Iburia), Vice Chair. After joining PDAAB in 2012, Iburia served as Vice Chair and Chair of the Legacy Event Fundraisers. She was also instrumental in securing one of the largest PDA donors, Mr. Jerry McCargo, President and CEO of ARServices in Alexandria, VA.

Mrs. Natalie Vaughn had an outstanding career as an educator. She was Dean of Women at North Carolina A&T College and taught at Bowie State Teachers’ College before becoming a teacher, Vice Principal, and then Principal in the Alexandria City Public School Division. 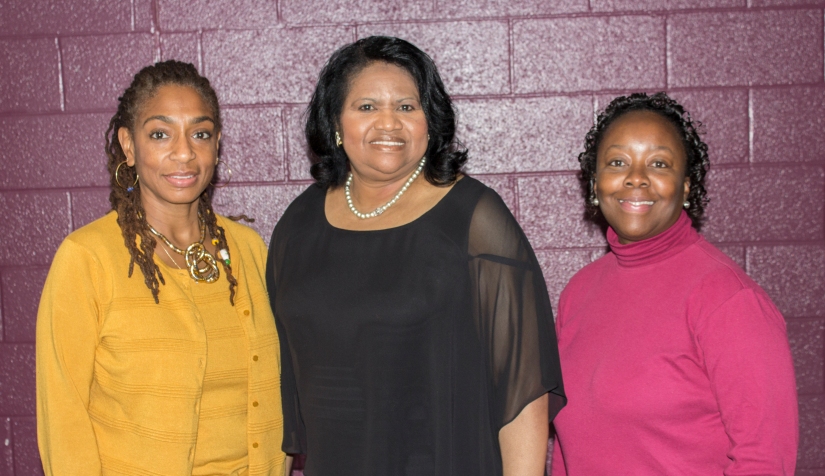 Although some efforts of previous PDAAB leaders (officers) have been highlighted, all PDAAB members since 2012, have worked effectively in their areas of expertise to support the mission and goals of PDAAB.  The leaders (officers) could not have done their work without the support of the entire membership. They supported and assisted in all of the efforts of PDAAB.

A special “shout out” to those who have helped to make the Project Discovery of Alexandria Advisory Board strong advocates for the students at T. C. Williams High School in Alexandria, VA.